This article was originally posted on the OfferZen blog.

In 2017, we announced Root: a project to build a programmable bank account for developers. Our goal was to eliminate the barriers in FinTech and enable the developer community to find new and innovative ways to control their money. Personally, I also wanted to spare other developers the pain that we experienced while building SnapScan and Luno, and hopefully, at the same time, help unleash a torrent of awesome ideas.

The announcement received a huge amount of attention from both the local and international tech community – with more than 30 000 developers indicating that they were interested in the mission to build programmable banking. This massive response gave us the confidence that we were working on something important. (Thank you very much to everyone who signed up and gave us feedback. I really, really appreciate your support that prevented me from giving up long ago).

At the time, it was hard to find a bank that understood the full power of programmable banking, so our original strategy was to build a completely new bank. As it turns out, building a bank is hard and expensive (no jokes).

Then, a few months ago, Investec approached us to talk about their mission to invest in the tech sector. Like us, they believe that software can fundamentally accelerate South Africa’s economic growth and wanted to know how they could help developers in South Africa.

We spent hours on the OfferZen beanbags talking about programmable banking and the impact that it would have on the tech community. In the process, we realised that the APIs that they had already built could possibly form the foundation of a programmable bank account.

To test the idea, we invited a few Investec developers to join us in Cape Town for an exploratory two-day sprint with the OfferZen team and our friends from Root. After two days of furious coding, we had a working proof of concept: Programmable banking functionality on a normal Investec bank account.

Investec continued to put huge effort into the project with us over the past few months. We are all really excited about programmable banking, and both teams have put in long hours to make it a reality.

Programmable banking in the wild

Last week (coincidentally on my birthday!), my Investec account was enabled for programmable banking in the first beta group. Seeing a code editor in online banking was pretty epic! :-) I immediately started messing around with the code, and built a budget app that tracks and manages my spend from Google Sheets:

The success of the last few months has convinced me that we may finally be able to make programmable banking a reality for South African developers.

As a next step, we’ll be helping Investec build programmable banking into their offering and run a beta program to get feedback from the tech community.

It’s taken a few years, but I’m super excited that programmable banking is almost here! To get over the last hurdle, I would really appreciate your help. If you’re interested in programmable banking for yourself, or your business, please sign up for the beta program. We will be looking carefully at each application to learn which applications and features you’d be interested in. 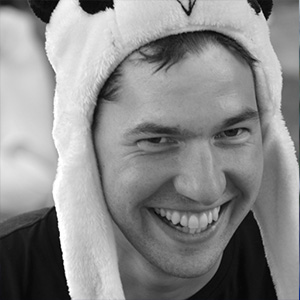