What We've Been Up To

We’ve been relatively quiet since our press announcement, so I thought I’d give you an update on what the Root team has been up to.

In case you’re not familiar with what we’re doing, let me summarize what Root is. We’re building a programmable bank account for software engineers. The idea is twofold. We want to give software engineers a powerful new way to interact with and manage their personal finances. We also want to create a platform for other developers to build fintech products and companies on.

Getting out of stealth mode

We initially operated completely in stealth mode and didn’t speak to anyone external about what we’re doing. Then in April 2017 the product was ready for beta users, so we decided to do an interview with MyBroadband. While small on a global scale, MyBroadband is the largest tech news site in South Africa. 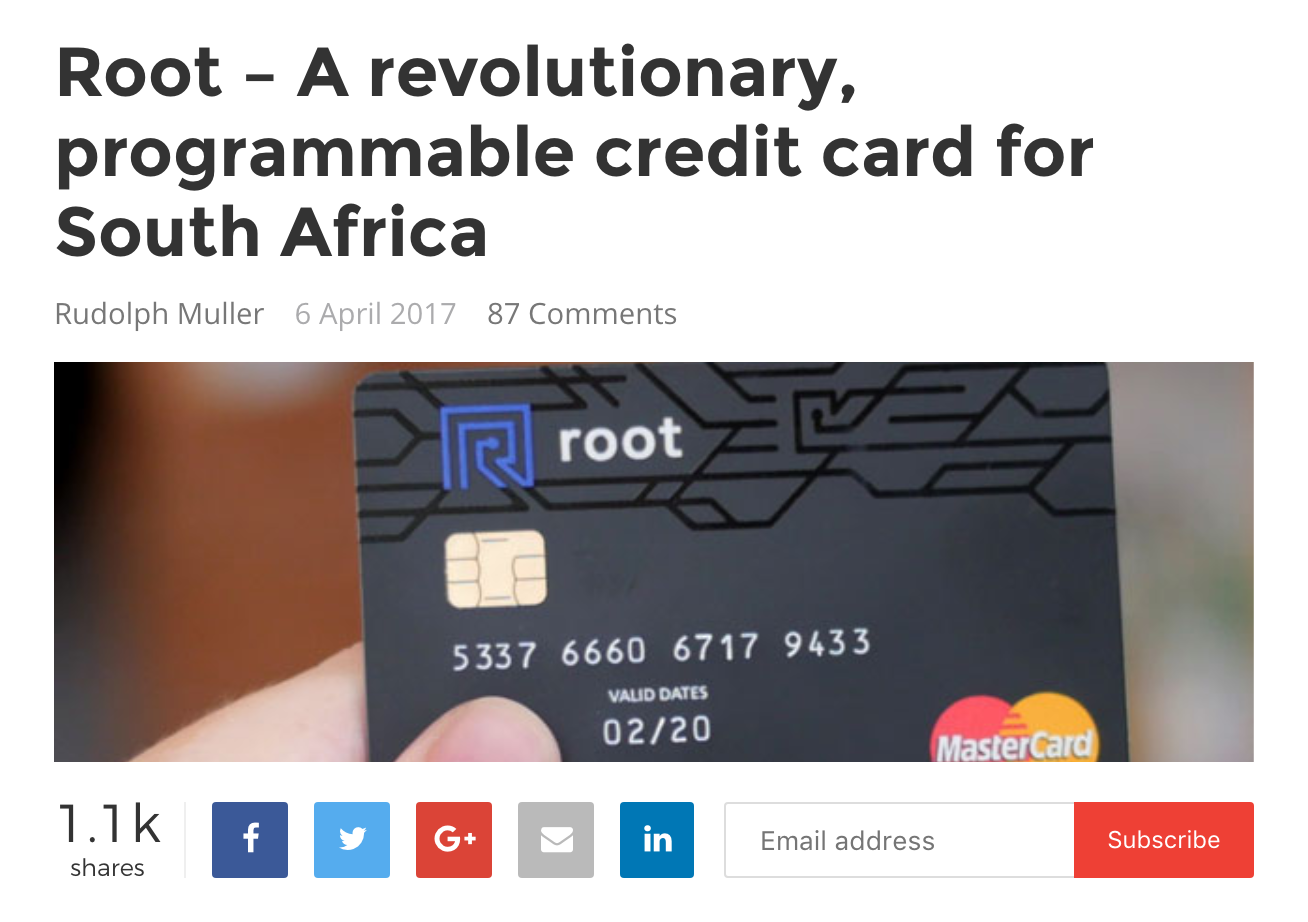 We did the interview expecting to get a few hundred signups who would serve as our first beta users...but things did not work out as planned. Soon after the initial story went live, it was picked up by almost every tech publication in South Africa. That lead to some international coverage, and eventually the #1 spot on both Product Hunt and Hacker News. 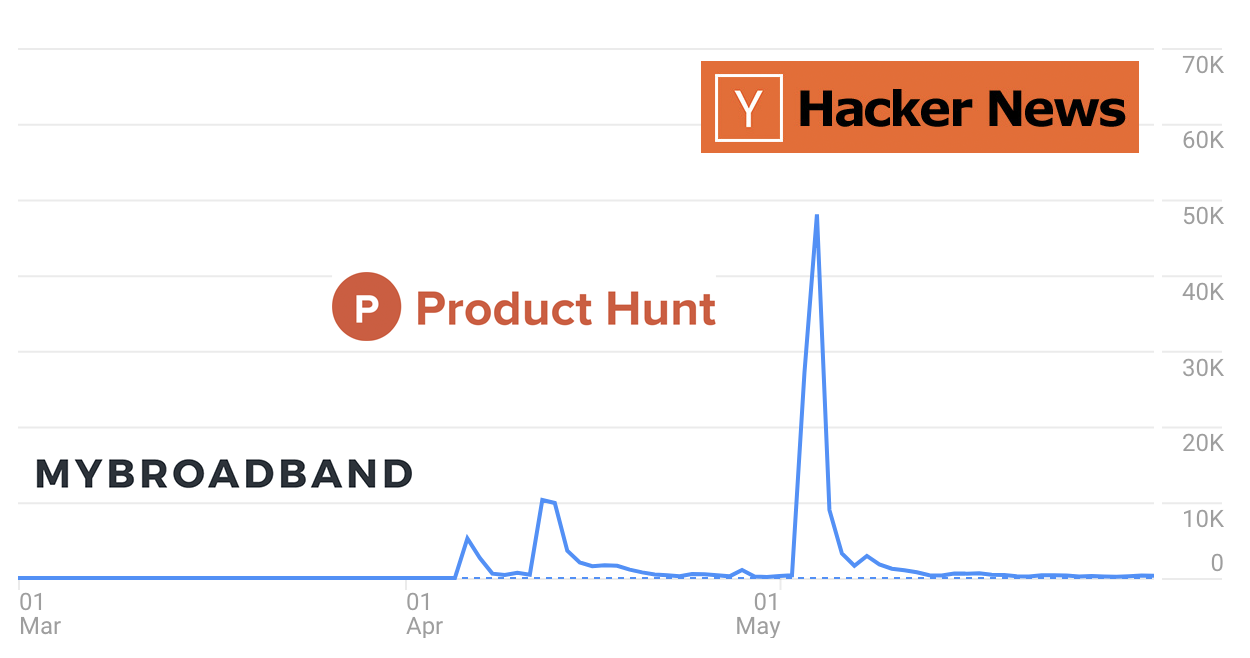 The three spikes in the visitors graph are respectively MyBroadband, Product Hunt and Hacker News.

At one point we were getting 1000 signups per hour for our waiting list! (Thanks for signing up)

Getting all this attention was super motivating, but we still had a long way to go before we could launch to the public.

What users have been building on Root

For the past few months we’ve been operating in private beta, adding a few new users each week. We’re hand-picking users from the waiting list, specifically looking for people who have pains that can only be solved with a programmable bank account.

Rolling out accounts in small batches allows us to work with our users individually - understanding how they want to use Root and what they want to build. Some awesome ideas have emerged so far. Here’s a few of my favourites:

One of our beta users built a command line tool to replace the Root online banking interface.

A lot of people are asking if they can get access to the API docs. For now we’ve made the decision to limit access to only beta users while we iterate on things. The plan is to open the API docs up once we reach public beta.

When are we launching?

As Blizzard Entertainment like to say, we’ll launch when it’s ready.

Development of the product itself (the online banking interface and APIs) has gone super well. There are dozens of users and companies in the beta using Root as their primary bank account.

For good reason, there are a huge number of legal hurdles you need to pass when launching a bank to the public. We’re making great progress here, but these processes don’t move at startup speed and we’re not sure when everything will be in place. Fortunately, we have a great partnership with Standard Bank, the largest bank in Africa, who are providing a lot of the legal framework we need for Root.

At launch Root will initially only be available to South African residents. We’ll be expanding to more regions in the months following the initial launch.

We’re hiring for a number of roles. If you’d like to join our team, take a look at our careers page! 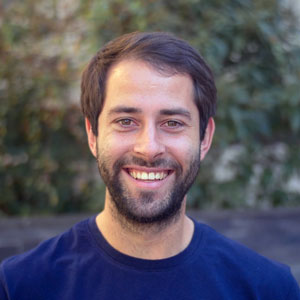